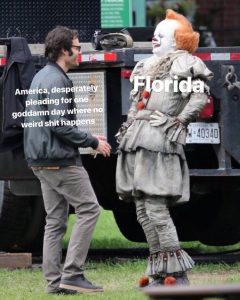 People like to laugh. Funny things make people laugh. Some people find satire to be funny. Here's why.

Part of what makes something funny is that it's unexpected. If you've heard a joke a few times before, it doesn't become as funny anymore, because it isn't as unexpected.

People who craft satire try to be funny by being unexpected. They often take something that is a current event in the news, and look at it from just a bit of a different perspective. Many people find that bit of unexpected, that bit of strange, that bit of weird, to be funny.

Take, for instance, The Onion's satirical headline: "Russian Operative Disappointed Gerrymandering Taking All The Fun Out Of Hacking 2020 U.S. Election". The take is that Russian Operatives feel like it's unfair, and unfun, that the act of gerrymandering is rigging the United States elections instead of more modern ways of rigging an election. It combines two perspectives into one headline, in an unexpcted way.

Not everybody who understands satire will find that headline funny. There are some people who believe that Russian intervention in the U.S. election is legitimate, and gerrymandering is just fine so long as their side wins. If you don't find the target legitimate, you likely won't find the satirical headline funny at all.

On the other hand, if you find the target of the joke legitimate, and you understand the intent of satire, then you will likely find it funny.

It cuts the other way too. Consider another headline from The Onion: "Pelosi Concerned Outspoken Progressive Flank Of Party Could Harm Democrats’ Reputation As Ineffectual Cowards"

Also, if you had no knowledge of United States politics, you wouldn't find it funny. Comedy sometimes requires some baseline knowledge or reference material for it to be funny.

Sometimes satircal headlines are unusual takes on things in life. Sometimes they tell entire stories. Consider the ClickHole headline: "Heartbreaking: This Man Finally Caught A T-Shirt From The T-Shirt Gun After 26 Years Of Trying But It Had A Picture Of His Wife Having Sex With The T-Shirt Gun Guy"

It's funny because it tells the story of a man with a sad goal in life, who struggled mightly, and when he finally does win...he loses. The fact that it's a headline is also unexpected. So it has a chance to be funny.

What is also funny are all the people who struggle with satire. Understanding satire is a skill. It's something that is taught. But not everybody understands that people would make things up that are not true just because it is funny. These are often good people. But they often don't understand the difference because in some ways, they don't know what they haven't been taught.

Such people may be walking around believing that Russian Operatives truly are dissapointed with gerrymandering. And it might not be the case that they have anybody or anything in their life that can get through to them and explain it all the way. They take everything literally, and their minds trick them into tripling down on things. Some people have a tough time with updating beliefs. They struggle.

At roarboar, we've taken steps to separate satirical sources from funny news sources, so now you can see each separately. If you like a bit of strange mixed in with your strange news, roarboar classic has got you covered.

It's all about the laugh. People like to laugh. This pleases the roarboar. 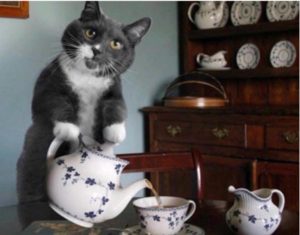 Come laugh with us.